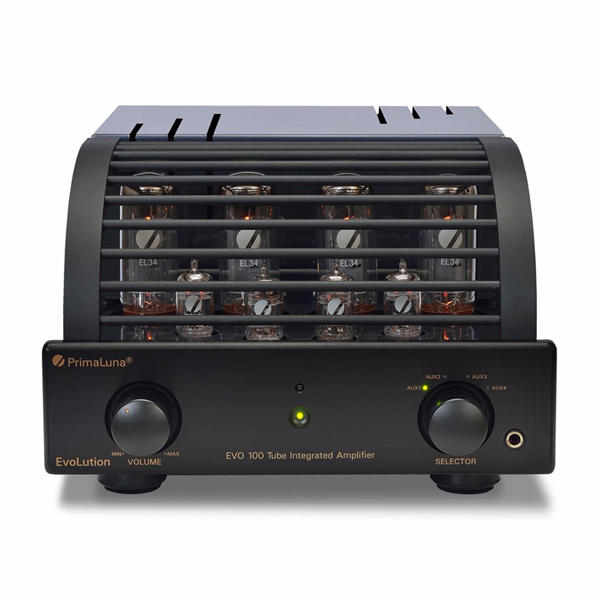 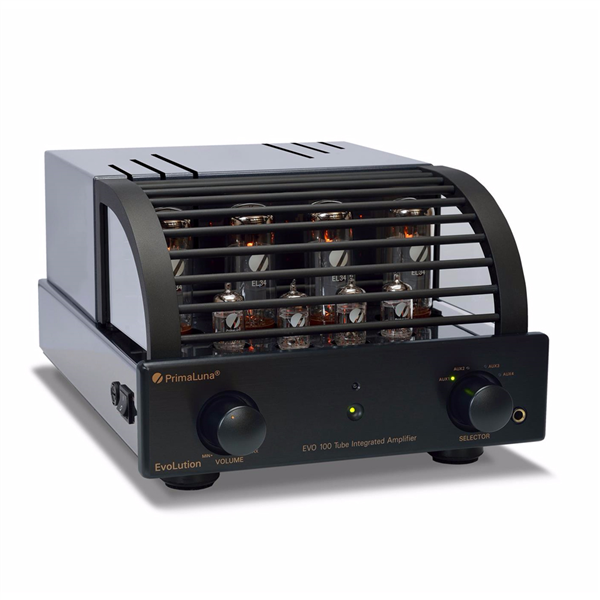 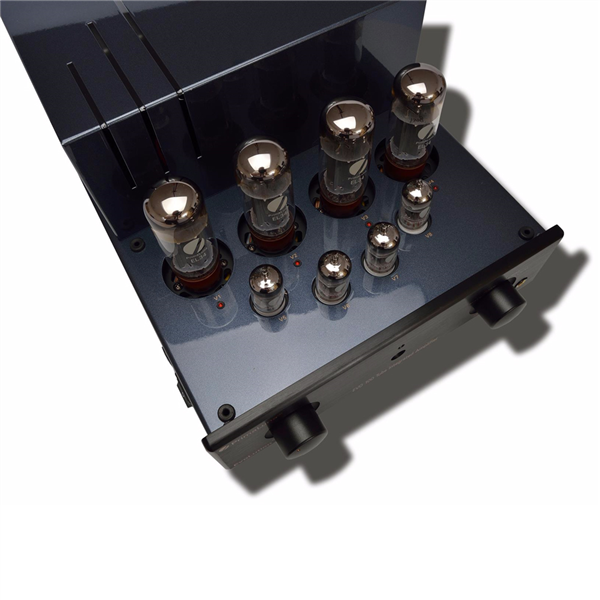 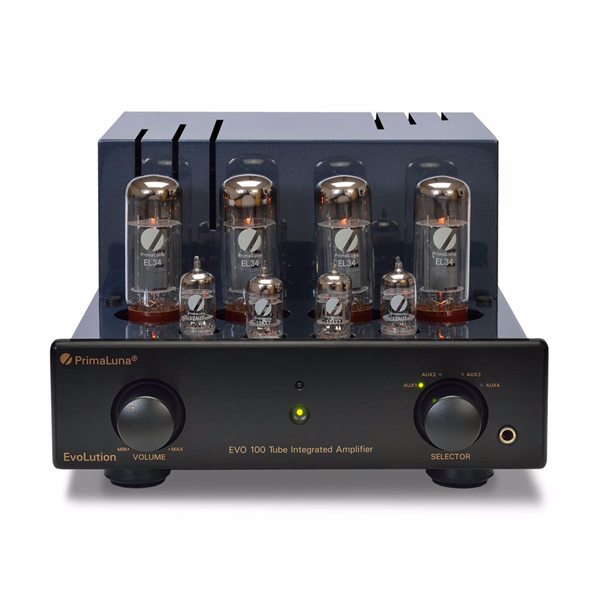 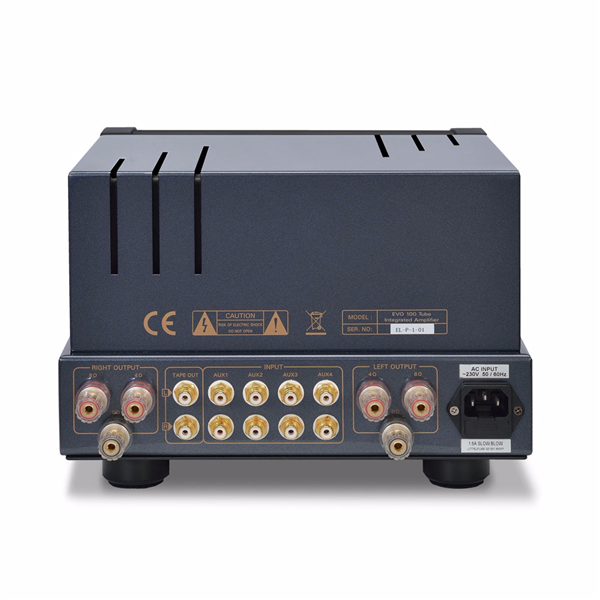 One of the best headphone amps in the world. Most tube integrated amps and preamps use a solid-state op-amp chip for running headphones. Stand-alone tube headphone amps will vary in quality like any other tube amp. Headphones are simply small speakers that require less power. Some amps will use smaller output tubes that groan to have enough dissipation to run power-hungry planar headphones. Other brands, including those costing $5,000 or more like Mal Valve, will use larger output tubes, then use a voltage divider network to drop the power down to an acceptable level for headphones. This is how we do it. We simply took advantage of the fact that we make the best tube integrated amplifiers. Now you don't have to pay for a separate state of the art headphone amp. PrimaLuna integrated are the favourite of owners who use everything from Audeze to Hifiman to Sennheiser!

PrimaLuna engineers wanted to make owning a tube amp so simple you would have no excuse to have your tube dreams come true. If a tube fails, Adaptive AutoBias will instantly put the amplifier into protection mode so no parts can get damaged. A red LED will light up in front of the tube that needs replacing. (ProLogue Classic illuminates an LED on the front panel.) Simply plug in another tube, and listen. No guesswork. No smoking amp. No getting out the soldering iron or dropping your amp off at UPS.

Power transformers generate two types of noise, magnetic and acoustic. That's why toroidal power transformers are used in the very best audio products. Compared to standard transformers, toroids radiate about 1/10 the magnetic field that pollutes music and obscures detail. Additionally, the absence of an air gap typically means toroids have an 8:1 reduction of acoustic noise. As transformers are the most expensive components in any audio product, manufacturers will even house cheaper C-core and EI-core transformers in an outboard power supply box with an umbilical cable rather than upgrade to an expensive toroid. The increased cost is significant, but PrimaLuna doesn’t cut corners. All PrimaLuna products use massive, potted toroidal transformers. PrimaLuna transformers are enclosed in a metal housing and then potted in a non-microphonic resin to further reduce noise and to protect the windings from moisture and deterioration forever.

Tube life is simply a matter of how hard you run the tubes. That’s it. The only way to extend tube life is to run them as close to zero as you possible can, making sure it is not so low you go into crossover distortion. The life of a tube will depend on two things: Plate and screen voltage.

If the plate and screen voltage is high, you are more likely to get tube shorts when you turn the amp on and you get cathode stripping which greatly affects the cathodes ability to spit out electrons. Manufacturers that run the hell out of tubes to pump up their power ratings will never tell you what voltages they use. They’ll say it’s “proprietary” as if it’s some secret sauce. There is no such thing. But if they told you that they used 575, 600, or even 625 volts you probably wouldn’t buy. We proudly tell you our tubes run at just about 417 volts for the plates and screens.

PrimaLuna runs their output tubes at a minimum dissipation without going into crossover distortion. When you look at our amps, they provide less power from each tube. With KT-120’s as an example, a PrimaLuna will give you only 21 watts per tube. So running a pair of them you get 42 watts. That’s a lot of power, but the demands per tube are a fraction of some manufacturers that give you 100 watts from a pair of KT-120’s. It’s a cheap way to get big power, and it’s cheap. In fact, free. To get more power the right way is expensive. It requires bigger transformers, sockets, wiring, resistors, capacitors, and tubes to do it. Which is exactly what PrimaLuna did. But we didn’t stop there.

Read this carefully: Power has nothing to do with sound quality. Or bass slam. You can buy a 200-watt receiver for $299, and it will even have surround sound. Do you think for a minute it will sound better than a 50 or 100 watts high-end amp costing $10,000? Of course not. Only first-time buyers think that way. Experienced audiophiles know that for the majority of listening sessions, you use maybe 10 watts of power.

OUR AMPS ARE PERFECT. BUT YOUR SYSTEM MAY NOT BE

Ask any seasoned tube-head what the most musical output tube is and they will most certainly declare it the EL34. Other amp manufacturers would love to use it. Only PrimaLuna, through our proprietary output transformer designs, can give you EL34 midrange beauty with top-end air that goes on forever. And, bass extension with so much slam, our amps are used to power subwoofers.

However, every system is different. What if you bought a speaker with bass that overloads the room? Or, that is too dark? Or, too bright? What if you just want to have fun trying the different colours of sound from a vast pallet of tubes? With other manufacturers' products, you're stuck. They're a one-trick pony. How are you going to fine-tune your sound? Buy some different cables?!

Backed with a 1-Year PrimaLuna warranty 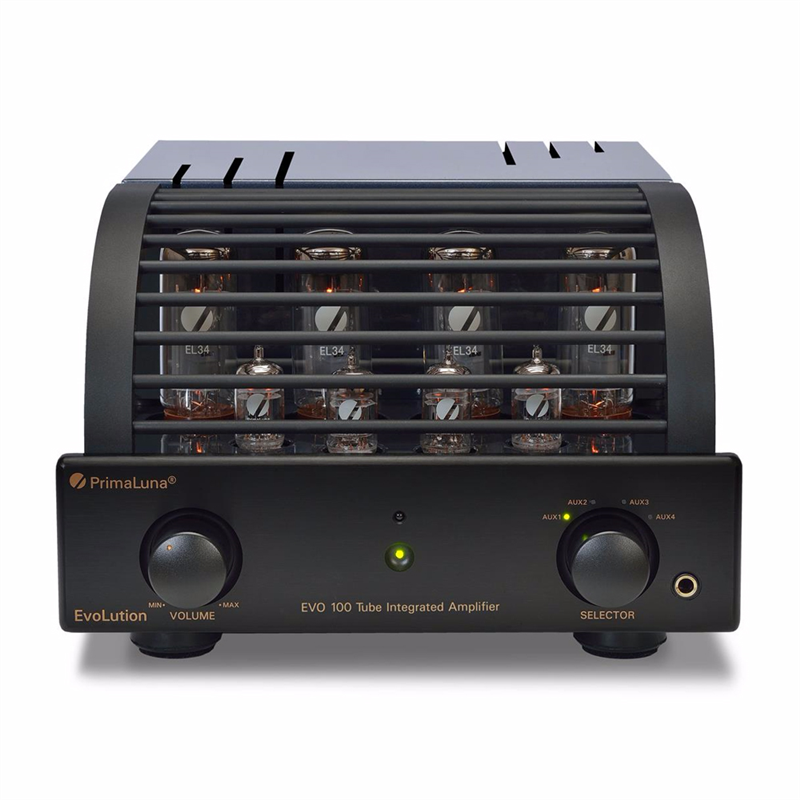 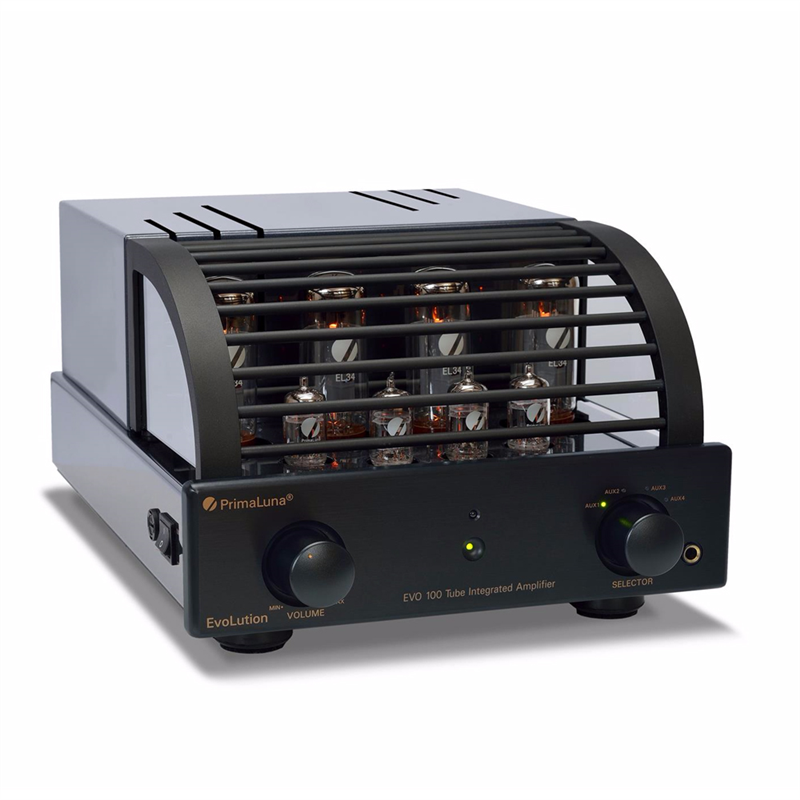 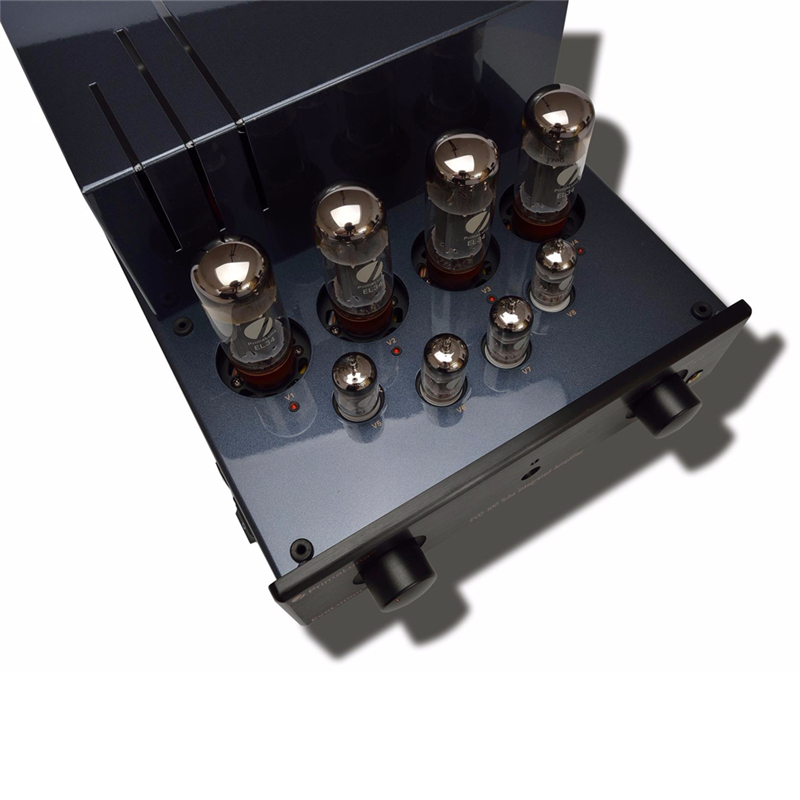 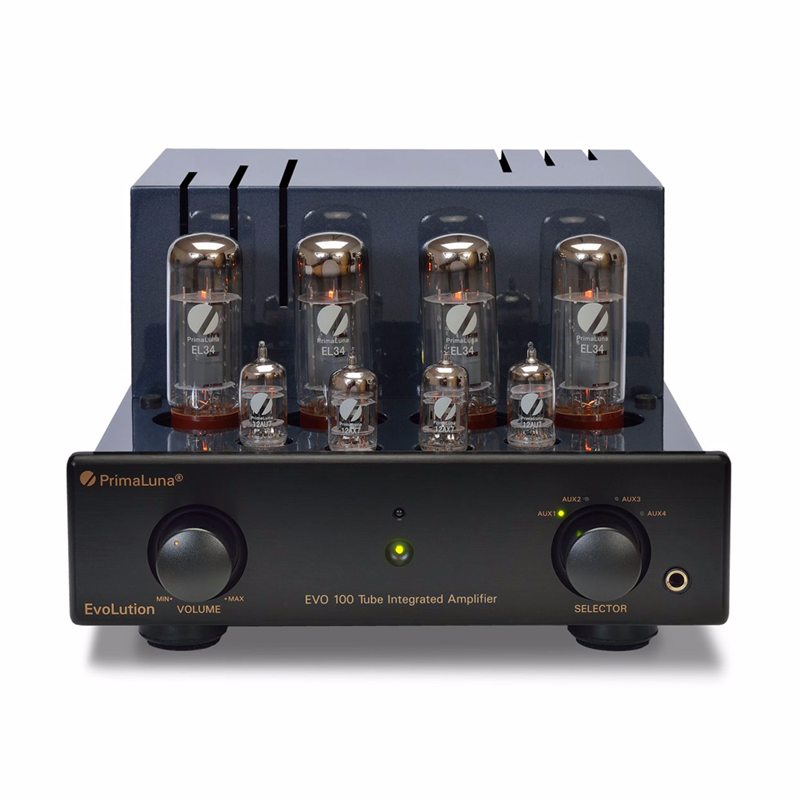 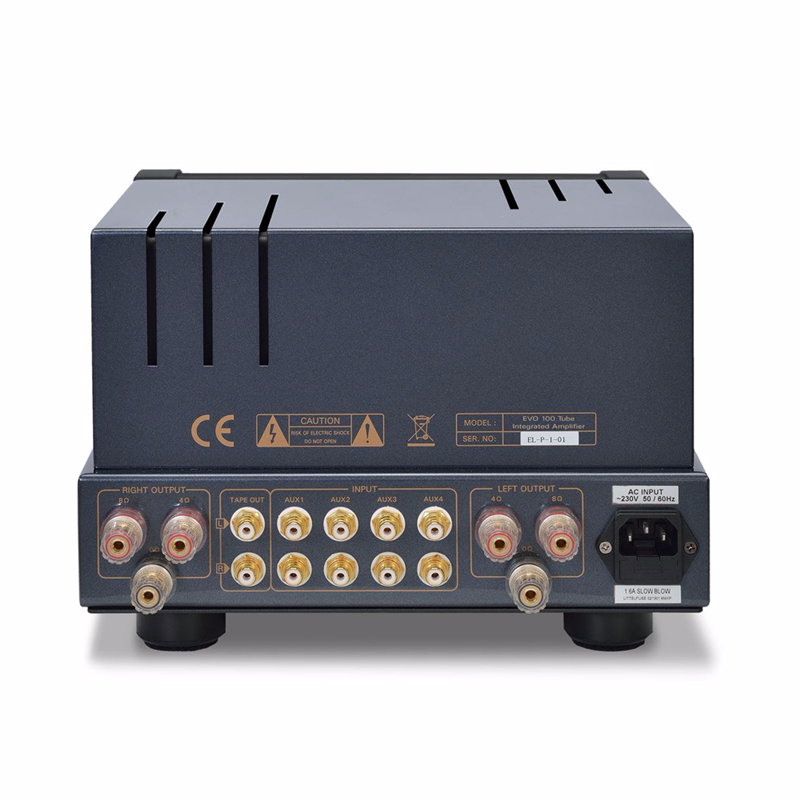